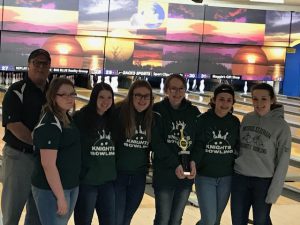 The Middleburgh Central Schools Girls and Boys Varsity Bowling teams won the league again. The Girls team was undefeated at 68 and 0. The Boys team was 70 and 6.

Donovan Mann led the Boys team with a League High Average and was named League MVP. Kevin Guest, Tyler Mann, and Andrew Miaski were named 1st Team All Stars. Each of them averaged over 200 per game. Andrew Miaski also had the League High Triple of 759. 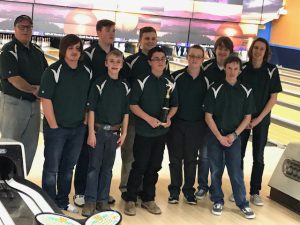 Congratulations to our bowlers!