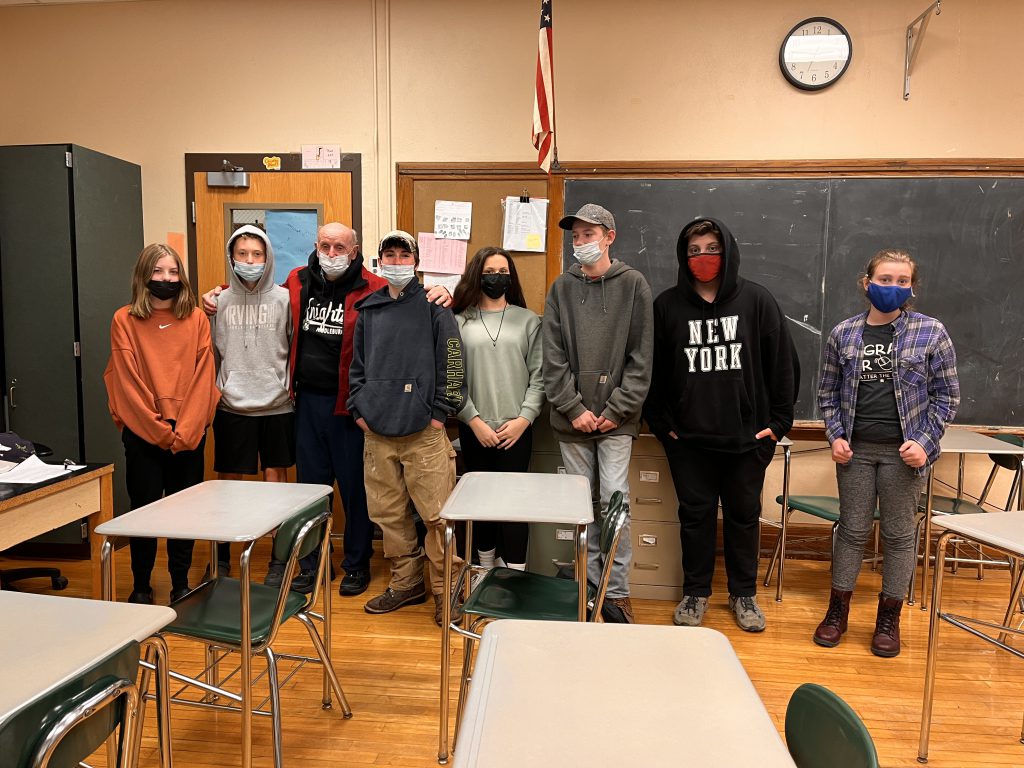 Mr. Spencer, a native of the Middleburgh community, served our country for 38 years of active duty, and then another four before officially retiring. As a boy, he dreamed of becoming a soldier. As a man, he made that dream come true.

Mrs. Colistra’s advisory group had the pleasure of spending some time speaking with him about his time in the military, and this is what they learned.

When time in Army was up, decided not to go to college but instead to join the Air National Guard

Favorite memories from his time in the military

Mr. Spencer thoroughly enjoyed his time in the military, serving our country. He learned that there are always people who have it way harder than you, and he learned to respect life a lot more. One of the things he enjoyed most about his transition back to civilian life was getting to sleep in!

THANK YOU MR. SPENCER FOR SERVING OUR COUNTRY AND FOR ALL THE SACRIFICES YOU HAVE MADE TO HELP MAKE OUR LIVES BETTER.
YOU ARE A TRUE HERO.