Checking in with the MCS 10th grade Youth As Leaders team after their first meeting, one thing was synonymous, all five students weren’t exactly sure what to expect going in. However, after their first meeting they had a clearer picture and a better understanding that as a leader, communicating isn’t always about what you say, but how you connect.

“It seems attainable,” Quin Smith said, “We are going to be learning the seven habits of successful students. We do one a month — one each meeting. First it was leadership and setting goals and we are going to be building on it each time we meet.” 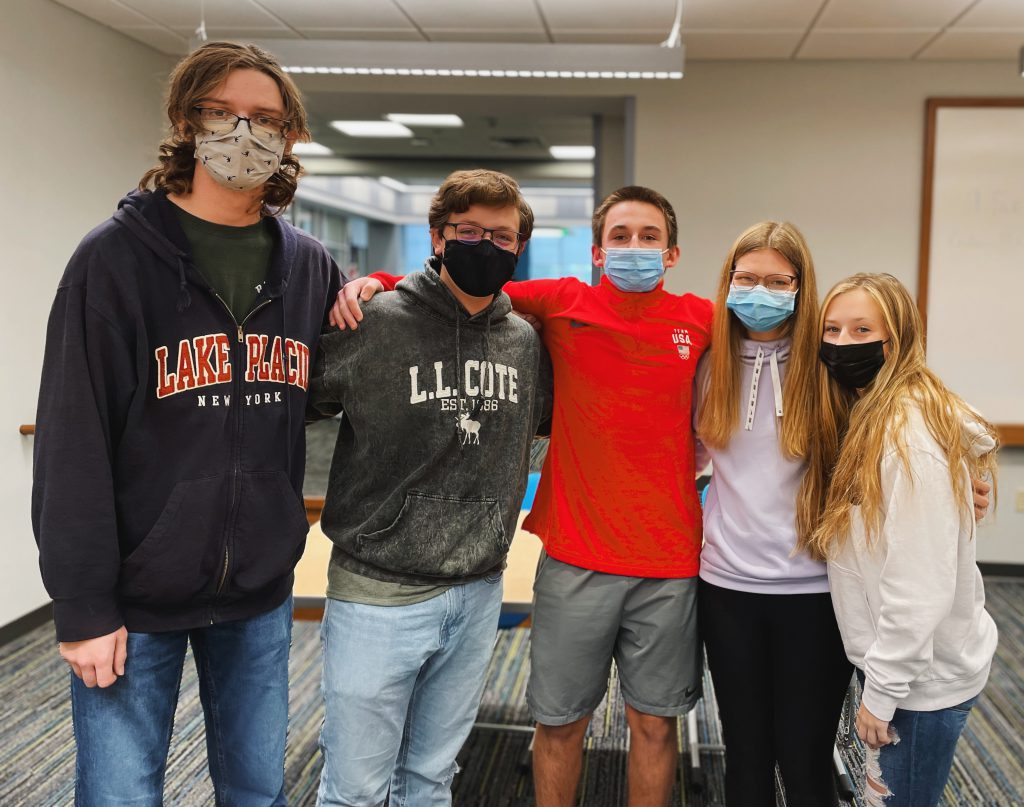 “At first, everyone was sitting with everyone they knew, but they got us talking and doing things with other people where they mixed us in,” said Sarah Schafroth. The people she refers to are students like them who were chosen to participate in this program from five other schools: Roxbury, Cobleskill-Richmond, Gilboa-Conesville, Sharon Springs, and Schoharie.

“We are all going to be learning how to become better leaders in our environment, and in school and our communities and it seems fun,” said Tadhg Martin. When asked if he has ever done anything like this program, Tadhg said, “Boy Scouts is very similar in some ways, the leadership aspects of it and just being active in your community.”

Ben Croote said the program is really different than anything he’s ever been involved with. “Once we got there we did team building skills and stuff like that which was pretty cool,” he said. At this stage, Ben says he’s “most interested in meeting new people and learning how to be a leader.”

Olivia Skowfoe thought it was interesting to learn about the students from other schools that participated. “They split us into different groups and we had to communicate with these people, most of them we have never met before,” said Oliva. “Sometimes you couldn’t talk to them, but you still had to, in a way, communicate and work together,” she said. “Talking to people for me is sometimes difficult so being able to communicate with these people not just through speaking but through actions was cool,” Olivia said. “Unlike Olivia, I enjoy talking to other people,” said Sarah, “so one thing that I was learning was how to communicate without talking.”

Sarah explained one of the nonverbal team building exercises, “Everyone had a string and there was a ball and you had to work together to carry this little ball on these strings. Everyone had to kind of be in sync in order for it to work. So instead of talking, like you go here and you here, it was more of like a pointing. It was pretty cool and fun. It reminded me of things you do in sports and stuff with your team.”

“In our next meeting we will learn about something new and then go over leadership and organization and goal-setting again.” said Quin Smith. We will be sure to keep checking back in with Middleburg’s young leaders in grades 10-12 throughout the seven month program.