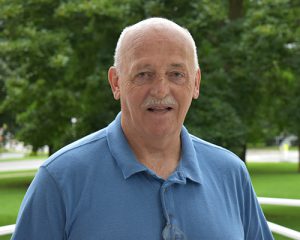 Mr. Spicer comes to Middleburgh after a long and distinguished career in the Albany City School District, where he served as a teacher and principal for decades. He also worked with former Albany Mayor Jerry Jennings and the City of Albany on the YouthBuild program. Mr. Spicer graduated from Siena College and holds Masters Degrees from the College of Saint Rose and the University at Albany.

Mr. Spicer says he is looking forward to coming down to Schoharie County and working with the students and teachers here in Middleburgh. “It sounds exciting and challenging to say the least,” he said Wednesday. He says he hopes that things that he has learned through his educational career can be put to use here in Middleburgh, and is enthused about trying new ideas.

Mr. Spicer also said he is excited to see the Middleburgh community in general, is excited to meet the parents and students, and can’t wait to be in classrooms when the 2018-19 school year begins.